Mauboussin is a French company that was founded in 1827 by M. Rocher and J. Noury. They specialized in the manufacture of unique and exquisite jewellery from the very beginning. By the end of the 1870s their "artistic" jewellery pieces had been presented on trade fairs in Paris and Vienna, thus giving the brand a wider exposure and establishing the house of Mauboussin as one of the most exquisite jewellery houses.

Each new decade influenced the house's designs in different ways. While during the 1940s the designers had to be extremely creative to make jewellery without gold, the protests and the new anti-conformist views of the 1960s and the 1970s inspired the jewelers to design new shapes. In the 1980s the focus was on uniting the contrasts between light and shadow in beautiful and timeless jewellery pieces that expressed the individuality of the brand. A new era began when, in the same decade, the house of Mauboussin started to design and manufacture exquisite watches for women and men. It was the year 2000 that saw the launch of the houses first fragrance, the self-titled Mauboussin for women. This fragrance is the company's signature and has been loved by many women for more than a decade. New fragrant offerings, including a fragrance for men, have since then been presented by Mauboussin on a regular basis. In 2008 Mauboussin opened their first boutique in New York. The following year saw the company open two shops in Tokyo, Japan and Singapore in Indonesia.

Today Mauboussin is regarded as the French equivalent to Tiffany's and is one of the big five global jewellery brands. 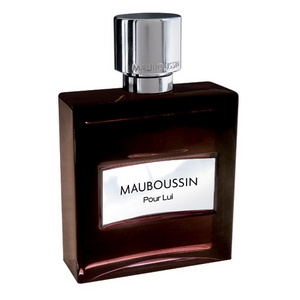